Coco Chanel said that “in order to be irreplaceable, one must always be different”.Karl Lagerfeld, designer of the house she founded, has kept Chanel at the top of the fashion tree for three decades by applying this maxim every time he stages a catwalk show. 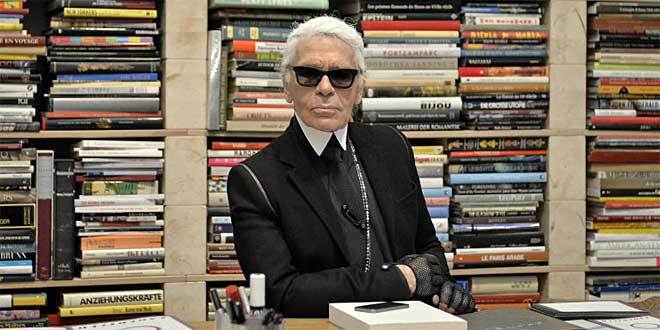 Famous faces on the front row are old news. Celebrities on the catwalk have been seen many times before. And so for Paris fashion week, Lagerfeld ramped up the “Hollywoodification” of fashion yet again by having Julianne Moore, Kristen Stewart, Vanessa Paradis and Lily Collins act a scene in a make-believe casino in the middle of the catwalk, while the runway show took place around them. 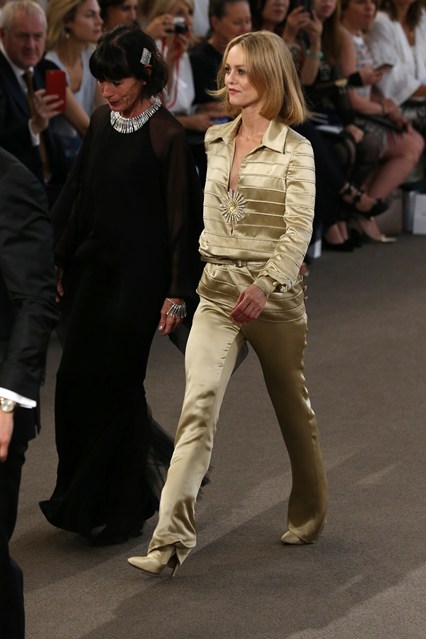 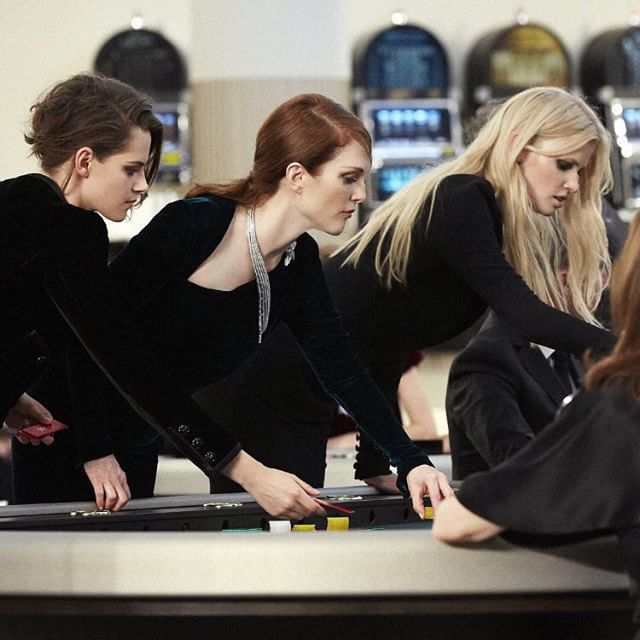 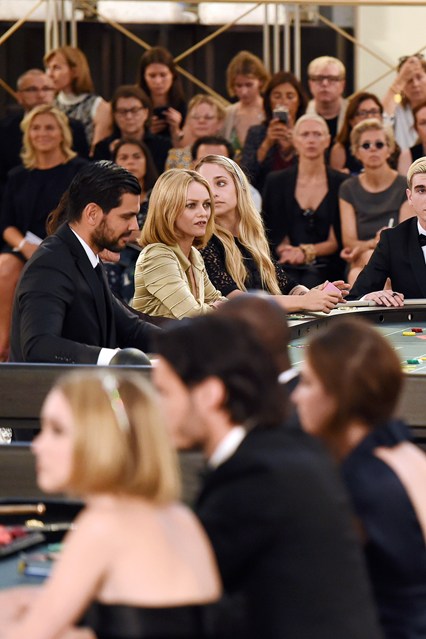 Lagerfeld can be relied on to provide a lavish theatrical set for his Chanel shows – his previous one recreated a Paris brasserie, while in 2012 the audience were seated in areplica of a jumbo jet – but never before has he cast an Oscar-winner to complete the scene.  The Grand Palais was transformed into a grand casino for the show, with slot machines lining the outer walls and plushly upholstered chairs surrounding the blackjack and roulette tables. Once croupiers had set up the tables for gambling to begin Stewart appeared, smoking a cigarette while wearing a black velvet trouser suit, and took her place at a table. She was followed by Collins in a cocktail dress, the pop star Rita Ora, wearing a silver trouser suit, and the rapper G Dragon. The look among the high rollers was timeless, classic cocktail chic. Paradis wore gold, while her daughter, Lily-Rose Depp, making her first Chanel appearance, wore a little black dress. Jemima Kirke, star of Lena Dunham’s acclaimed TV show Girls, was in floor-length black lace, model Stella Tennant in an elegant, classic burgundy velvet cocktail dress. 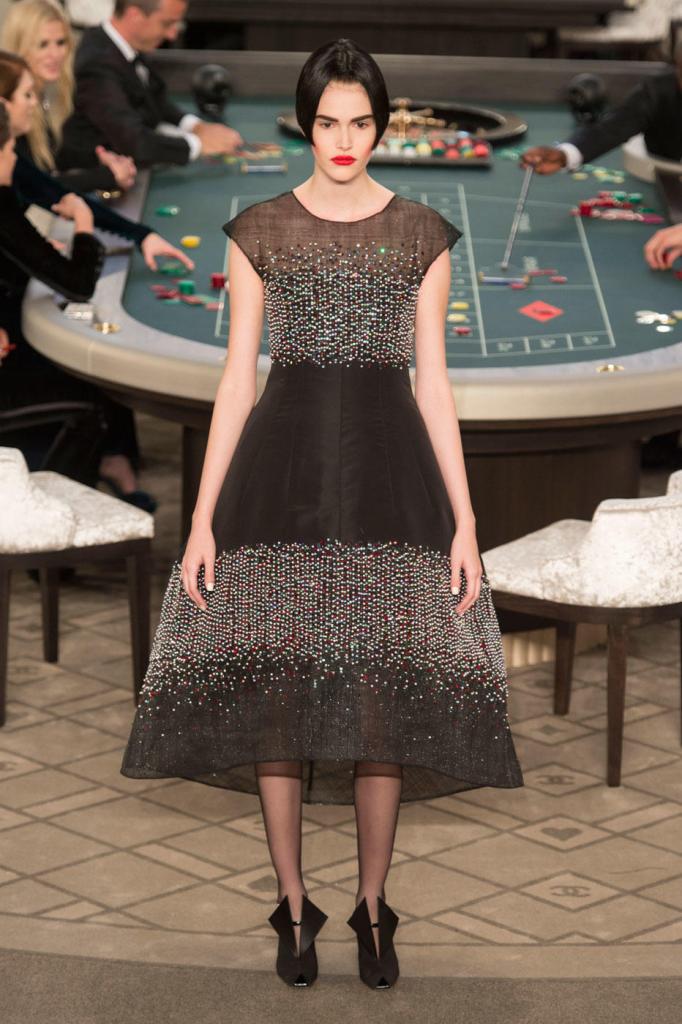 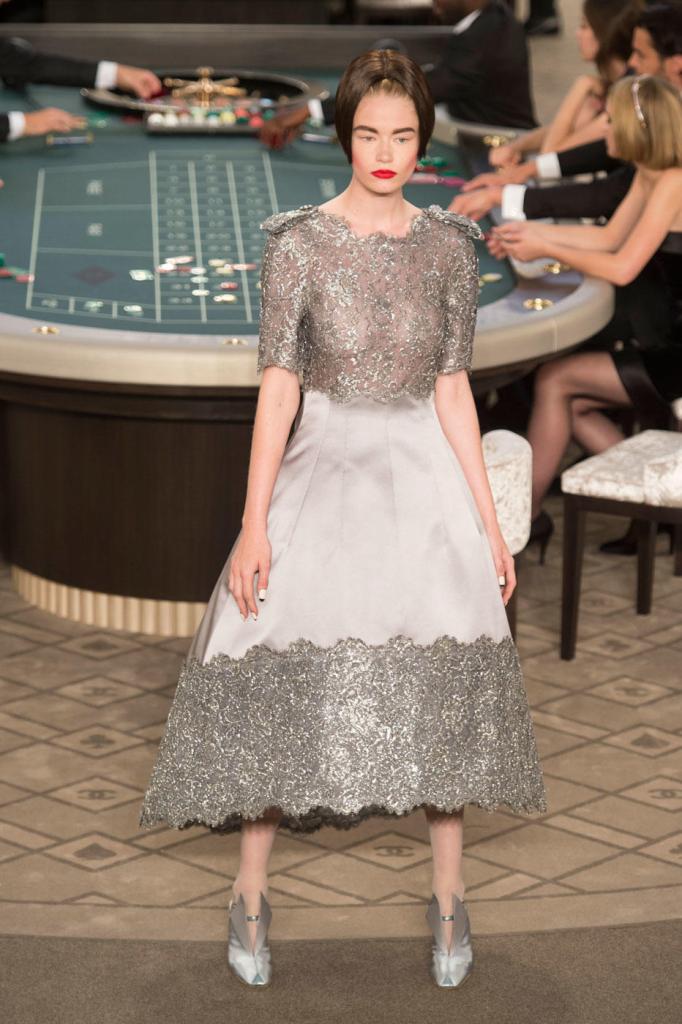 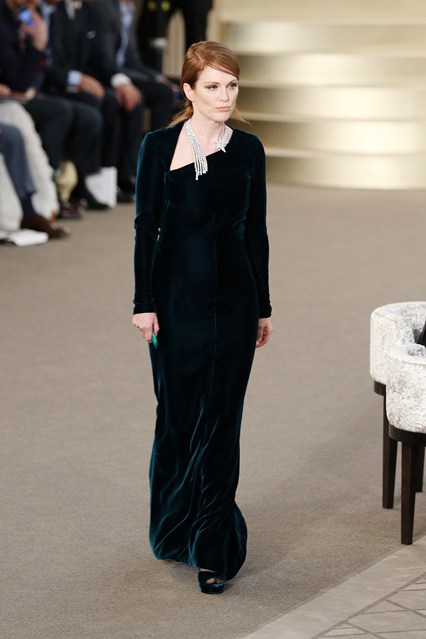 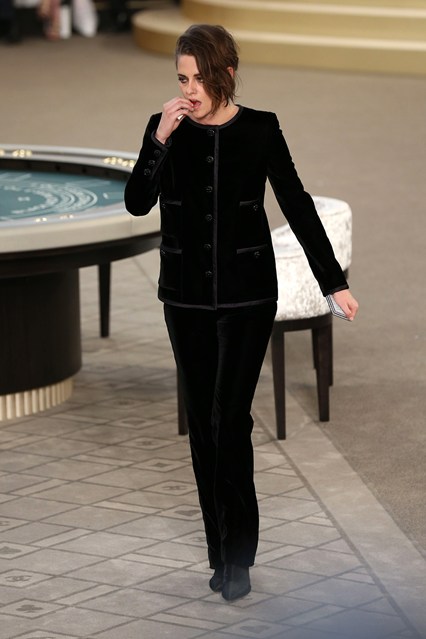 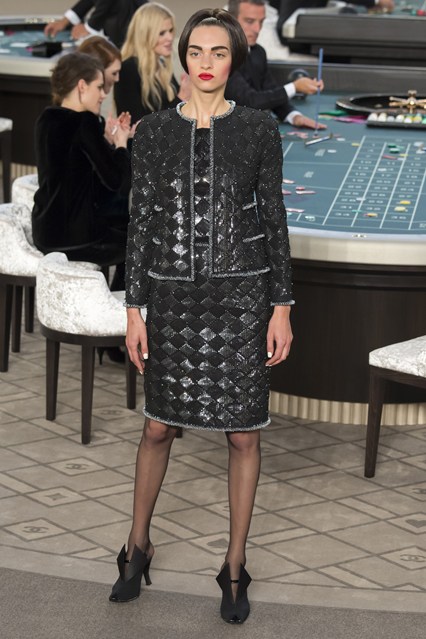 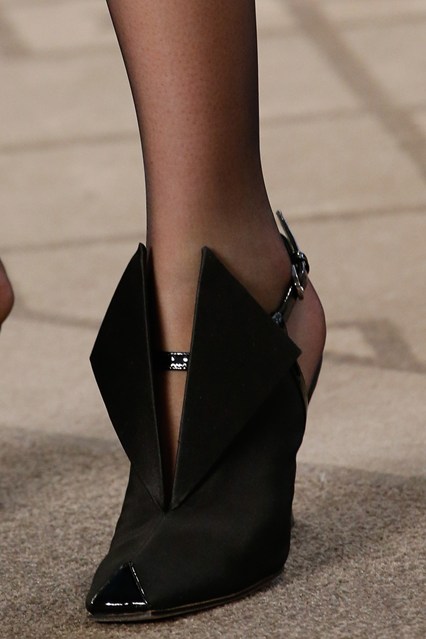 To a soundtrack that included smooth jams from Barry White, the models — all wearing matching wigs with severe black bobs — walked in looks that meant business: shiny dresses and skirt suits. Boxy jackets and blazers, sensible slingback heels and a series of voluminous coats and glittery, textural dresses that were made for the red carpet. Kendall Jenner had the honor of closing the show as the couture bride, wearing a crisp double-breasted white coat, slim trousers and a veil-like shawl that floated behind her. The 19-year-old looked so effortless that we’re thinking both traditional and non-conventional brides alike will be adding this to their wedding inspiration boards, stat.

“I like that elegant moment of beautiful people going into a casino wearing jewellery,” said Lagerfeld after the show. “It’s like a fantasy.”