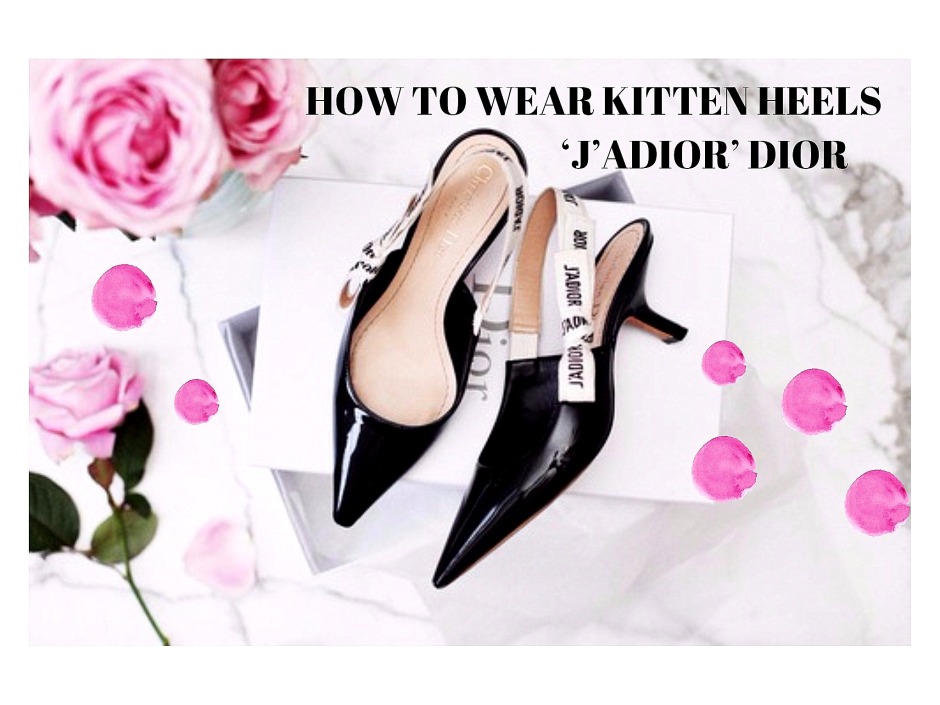 The return of a delicate low heel continued at Dior..After Dior’s presentation of their new kitten heels for SS 2018, I felt that I wanted to write about my new love..I’m sure that there is none of us who doesn’t love Dior…

So it’s time to show you my new obssesion.. 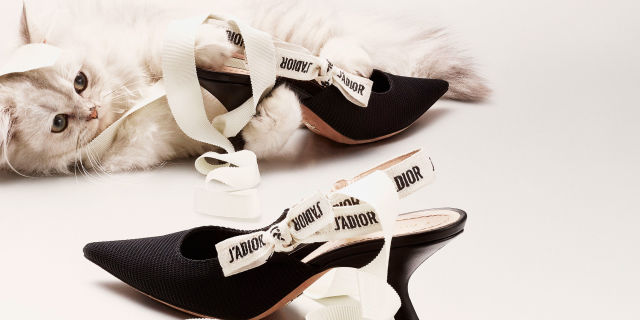 The Dior ‘J’ADIOR’ slingbacks are undoubtedly the most sought after shoes of the season. Maria Grazia Chiuri’s runway debut for Dior was a celebration of feminism, being the first female designer to head up the house in it’s 70 year history. Together with slogan tees and tutu skirts, there was a perfect, minimal shoe that has managed to achieve itself a cult status after only being on the shop shelves for a month.

It’s been pure logomania since the SS17 of Dior started dropping into stores last month. From necklaces and bags, all the way to down to the ankles, J’ADIOR was stamped throughout the collection in true 90’s fashion.

Tip 1: Keep everything else simple
A kitten heel, whether a boot or a pump, is a statement shoe. Let them do the talking by keeping everything else minimal (denim is a safe bet).

Tip 2: Opt for conservative hemlines
A mini-skirt paired with kitten heels makes for an awkward 2000s throwback. Add a high-end edge by wearing knee-length or mid-length skirts instead.

Tip 3: Don’t be afraid to make a statement
If you’re going to embrace the world’s most polarising shoe, best go all-out and rock a gold metallic style with a baby pink strap, right? The idea, after all, is to have fun.

The longstanding problem with kitten heels is their old-fashioned reputation. Long have they been a wardrobe mainstay of the over-60s, who sensibly decided that toweringly high heels were neither chic nor practical. Originally designed as trainer shoes in the 1950s for young women who were yet to master the art of walking in high heels, they first became popular on a mainstream level after Audrey Hepburn wore them – a woman who managed to make even prostitution look glamorous.

So Cinderella, this season you shall go to the ball. And you’ll be able to dance with abandon too.